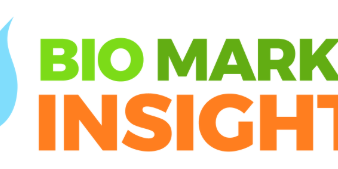 New figures reveal that the bioeconomy is worth €2.4 trillion to the European economy.

In a year of challenges, fresh data today highlights the ascent of the bio-based industries, that in 2017 made a total contribution of €750 billion to the European economy, a notable increase of 50 billion EUR (+>7%) compared to 2016.

The nova-Institute report commissioned by the Bio-based Industries Consortium (BIC) also indicated that the bio-based industries employ 3.6 million people in the EU-28. Figures for the bio-based chemical industry (including plastics) alone reveal a turnover of €60 billion and an increase of the bio-based share to 15%, up from 7.5% in 2008.

The analysis of the 2017 Eurostat data shows that the turnover of the total bioeconomy, including food and beverages and the primary sectors of agriculture and forestry, results in just over €2.4 trillion in the EU-28, meaning an increase by 25% since 2008. Roughly half of the turnover is accounted for by the food and beverage sector, roughly 30% is contributed by the bio-based industries, such as bio-based chemicals and plastics, pharmaceuticals, paper and paper products, forest-based industries, textiles, biofuels and bioenergy. The remaining 20% is generated by the primary sectors – agriculture and forestry.

The 2017 data also reveal that the European bioeconomy employed 18.5 million people in total which shows a minor decrease from the 18.6 million people in 2016 – mainly through efficiency increases in production.

The primary biomass production, mainly agriculture plus the forestry and fishery sectors generate a lot of employment (55%) but low turnover (20%). Furthermore, the data shows great differences among EU Member States: e.g. some Central & Eastern European countries, e.g. Bulgaria, Poland and Romania are stronger in less value-adding sectors of the bio-based economy that generate a lot of employment instead. In contrast, Western and Northern European countries generate a much higher turnover compared to employment. The countries with the largest relative difference between turnover and employment in 2017 are France, Finland and Belgium, while Sweden, Italy and Germany also show a large surplus in turnover.

The nova-Institute’s market report is commissioned by the Bio-based Industries Consortium (BIC) and was first published in 2016 demonstrating for the first time the macroeconomic effects generated by the bioeconomy, e.g. turnover and employment for the years 2008 and 2013. Since then the report has been updated on an annual basis. The latest version covers the whole period from 2008 to 2017.

The full report can be consulted here